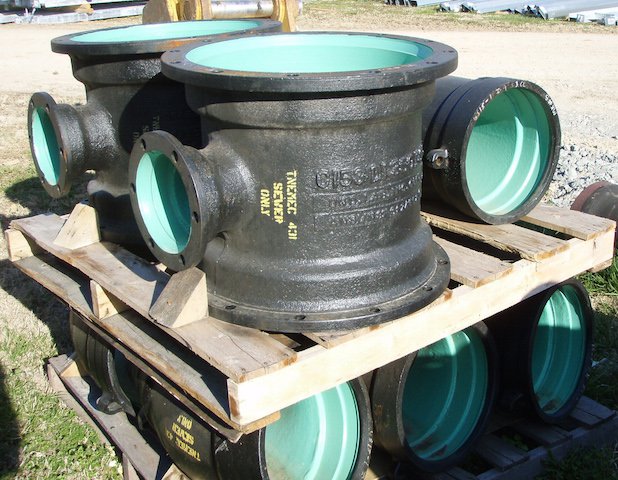 The nation’s aging water and wastewater treatment systems are drowning in antiquated infrastructure, according to an American Water Works Association (AWWA) official who recently appeared before the U.S. Senate Committee on Environment and Public Works. Aurel Arndt, who chairs the AWWA Water Utility Council, explained that the nation’s buried drinking water infrastructure needs $1 trillion over the next 25 years, reported WaterWorld magazine.

Citing a 2012 AWWA report, Arndt told the Senate committee, “Above-ground facilities, wastewater, stormwater, and other water-related investment needs are at least as large, and must be added to reflect the true magnitude of the water investment needs before our country.”

In its “Report Card for America’s Infrastructure,” the American Society of Civil Engineers (ASCE) attributed the inadequate capacity of America’s wastewater systems for the discharge of an estimated 900 billion gallons of untreated sewage each year.

“The Congressional Budget Office, Environmental Protection Agency (EPA) and other groups have estimated that it could take more than $300 billion to address the nation’s sewage collection and treatment infrastructure needs over 20 years to keep our surface water safe and clean,” the ASCE report stated. “This is twice the current level of investment by all levels of our government.”

An estimated 800,000 miles of public sewer mains and 19,739 wastewater pipe systems exist in the U.S., the ASCE report noted.

“Many of these pipes were installed after World War II, meaning they are now approaching the end of their useful life,” the ASCE report emphasized. “Capital investments in those pipes account for between 80 percent and 85 percent of all wastewater system investment requirements in the United States.”

Earlier this year, the EPA released a survey that placed a $271 billion price tag on the cost of wastewater infrastructure projects needed within five years.

“The EPA offers financial assistance to address the types of infrastructure needs covered in the survey,” an EPA press release stated. “The Clean Water State Revolving Fund has provided more than $111 billion in low-interest loans since its inception in 1987, with $5.8 billion in FY (fiscal year) 2015 alone.”

Low-interest loans are available through state-funded programs, such as Tennessee’s Drinking Water State Revolving Fund Loan Program, which has awarded more than $1.6 billion since its inception in 1987.

Camden, Tennessee, received SRF loans of $1,997,000 and $7,358,000 for wastewater infrastructure improvements that increased average daily flow capacity from 0.5 million gallons per day (MGD) to 1.5 MGD with a peak flow rate of 6.6 MGD. The 20-year loans are funded with an interest rate of 0.96 percent.

The project engineer for the Camden WWTP was introduced to Series 431 by Williams, who presented results of extensive testing for permeation resistance that demonstrated the product’s superior performance in protecting the interior of pipe and fittings against higher levels of sewer gases.

“The pipe supplier had been using another coating product when the engineer specified Series 431,” Williams recalled. “The project engineer stood firm with the specification for a higher performance coating.”

Concrete infrastructure at the Camden WWTP was resurfaced with a variety of H2S and chemical resistant 100 percent solids epoxy, novolac epoxy and waterborne acrylate coatings.

The pipe is part of the infrastructure to handle wastewater generated during manufacturing at the 1.4-million-square-foot Dal-Tile factory recognized for its advanced technology. The two-phase project involved both the company and the municipal utility in Dickson.

“The first phase was the municipal phase, followed by the private sector phase,” observed Mark Goulet, Tnemec Representative, of NexGen Coating Resources. “Series 431 was used for both phases.”

The Dal-Tile project’s engineer and the pipe fabricator learned of Series 431 through presentations made by Goulet.

“The engineer was looking for a premium coating product for longevity,” Goulet shared. “I’ve spoken with them a number of times since this project was completed and they remarked that they enjoyed working with the product.”