Two more Tnemec projects are awarded for their execution and design. 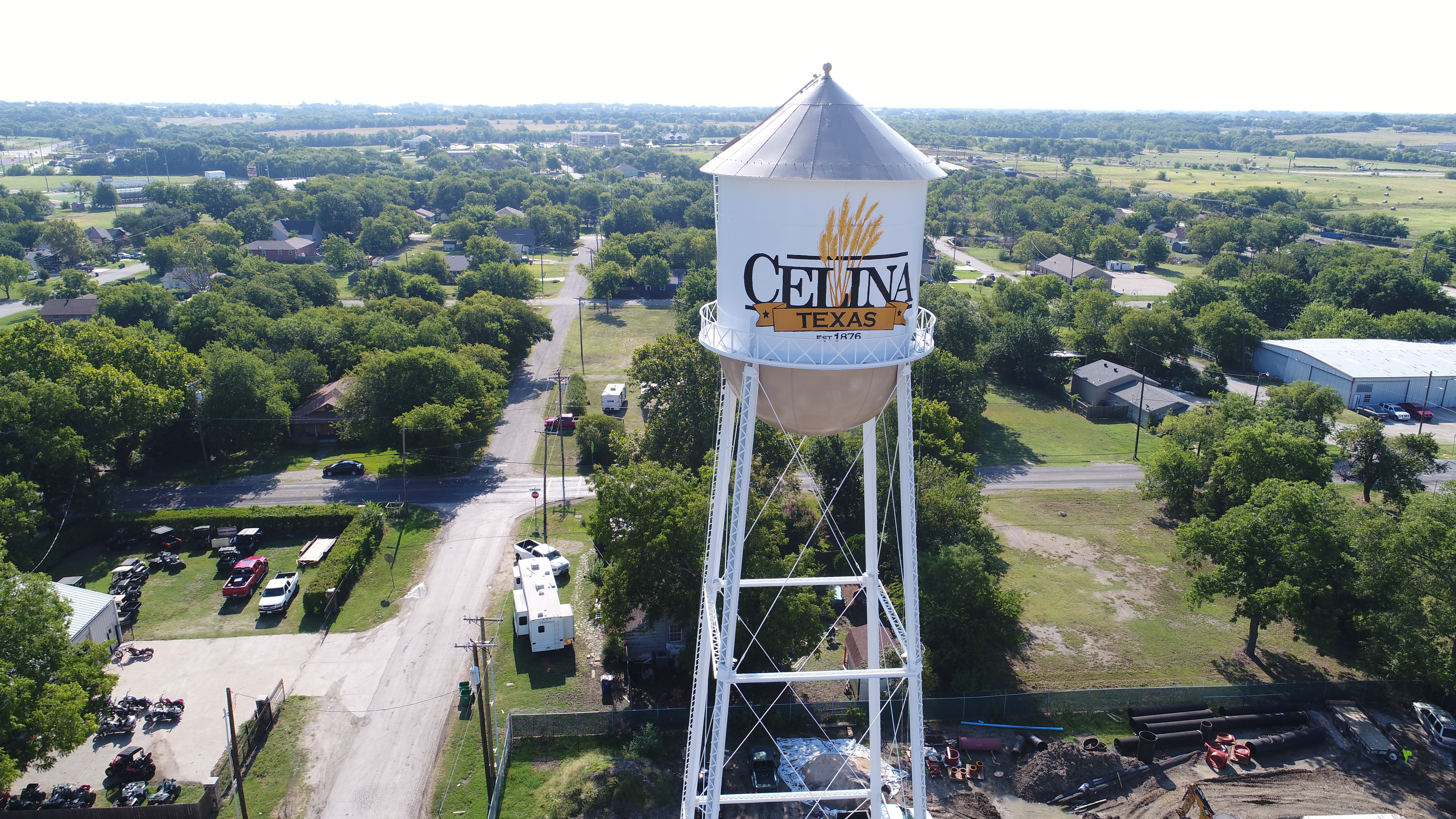 Tnemec is honored to announce the receipt of two SSPC Awards at the Coatings+ 2020 Awards Luncheon this past February. Coatings+ is an annual industry gathering of over 2,500 coatings professionals, including everyone from facility owners, manufacturers, specifiers, engineers, contractors, consultants and inspectors.

The Industry Spirit Award went to the City of Celina Downtown Elevated Storage Tank in Celina, Texas. The award is given annually to celebrate a coating project that demonstrates extraordinary service benefitting a community or industry. 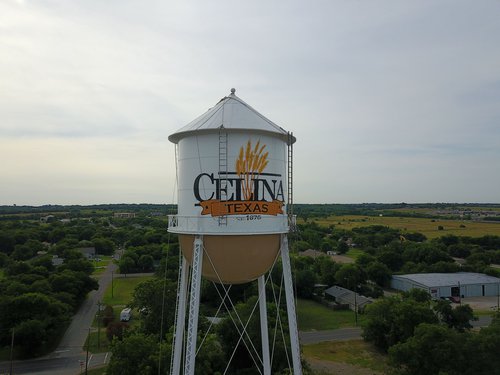 The Celina City Council approved the rehabilitation of the downtown water tower in February 2019, allowing for the completion of some minor repairs and a complete stripping and repainting of the structure. A containment shroud was erected over the tank during the work to contain the mess created by the paint stripping, ensuring that local businesses would be unaffected.

Tnemec Series V700 Hydroflon, a low VOC exterior finish coat specially designed for water tanks and other exposed steel substrates was chosen. This product features excellent color retention and gloss, and its abrasion resistance will be able to stand up to the gusty winds and severe thunderstorms that are such a major part of the Texas environment.

“There are few icons that define a rural town, or a now bigger city’s roots, more than the elevated water tower. So, keeping such a landmark standing and aesthetically pleasing is often important to its community,” said Wesley Oatman of Dunham Engineering, the Branch Manager in charge of the project. “This water tower is a perfect example of beautiful protective coatings that represent more than their function.”

A WORK OF ART IN DISGUISE

The William Johnson Award went to the Valley Crest Plant Water Tank and Pump Station in Apple Valley, California. This annual award is given in honor of outstanding aesthetic merit in industrial coating work. 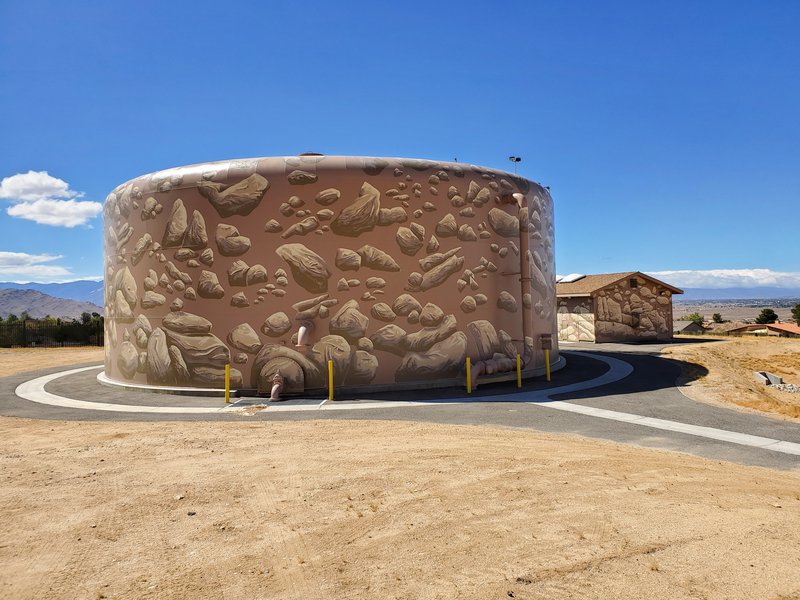 The Valley Crest site is the home of a new tank and booster station. The development and execution of this project required heavy involvement from local stakeholders, most notably the owners of a local cemetery. There were concerns that the new tank would detract from the view from the cemetery chapel windows, resulting in careful collaboration to ensure that the view would remain as undisturbed as possible.

To accomplish that vision, Crosno Construction was asked to paint a mural on the reservoir and booster station building. The Crosno team cleaned and scarified the existing coating, Series 1095 Endura-Shield. A base coat of Series 1072V Fluoronar, a low VOC/low sheen version of Tnemec’s fluoropolymer finish coat, was then applied.

Crosno hired established mural and water tank artist Rolf Goetzinger to handle the creative portion of the job. Goetzinger designed a rock painting to help the tank blend into the surrounding rocky hillside, using a variety of colors of Series 1072V to complete the design. The accompanying pump station also was painted by Goetzinger in a similar aesthetic. In that case, the topcoat used was Series 1029 Enduratone, a water-based, low VOC acrylic polymer coating. 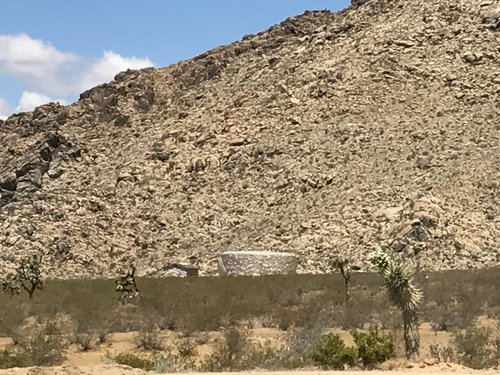 Above ground water tanks in California are often painted in a way that compliments the scenery, the goal being camouflage; however, it’s also to show what the area would look like if the tank itself weren’t taking up space. The Valley Crest Water Tank exemplifies this style and, in the end, the collaboration between the owners, applicators, and input from the surrounding community, has led to the optimal situation: a durable, yet beautiful new civic landmark.

These two award-winning towers can expect longevity, endurance and lasting value, based on the strength of Tnemec’s fluoropolymer performance in the field. In fact, both water tanks utilized fluoropolymer topcoats similar to a recently inspected water tower in Hawaii.

The Kakela Makai water storage tank in Kauai was painted in January 2001. In the nearly 20 years since, despite exposure to tropical sun, wind and storms, there has been so little change in the color and finish that photos from 2001 and 2019 are virtually indistinguishable. The Kakela Makai tank stands as a testament to the quality of these products and is the standard that Tnemec customers can expect in every project. 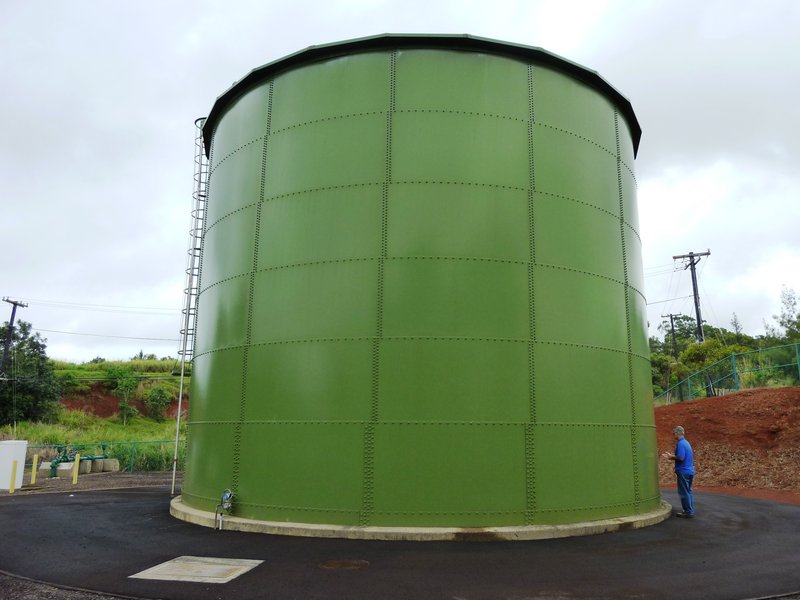