In the late 1980s, South Carolina Electric & Gas (SCE&G) made a concerted effort to increase the service life of the protective coatings it used to maintain the equipment in its coal-fired power plant at A.M. William Station. In addition to the corrosive humidity and saltwater environment at the plant’s location near Charleston, the facility maintenance engineers have to contend with the aggressive attack of sulfur dust which frequently lands on the equipment and creates an acidic solution when it becomes wet.

The bulk of the facility was constructed or repainted between 1985 and 1992, and received thousands of gallons of Tnemec aromatic urethane and aliphatic polyurethane coatings. The owner selected Tnemec materials to provide maximum service life potential in order to minimize costly maintenance painting in the future.

That decision has proved to be worthwhile. Recent visual surveys twenty years later show the coatings to be performing as expected. Corrosion has been minimal, very little maintenance has been required, and with the exception of slight fading of the bright green finish color, it is hard to differentiate between photos taken in the 1980s and today. 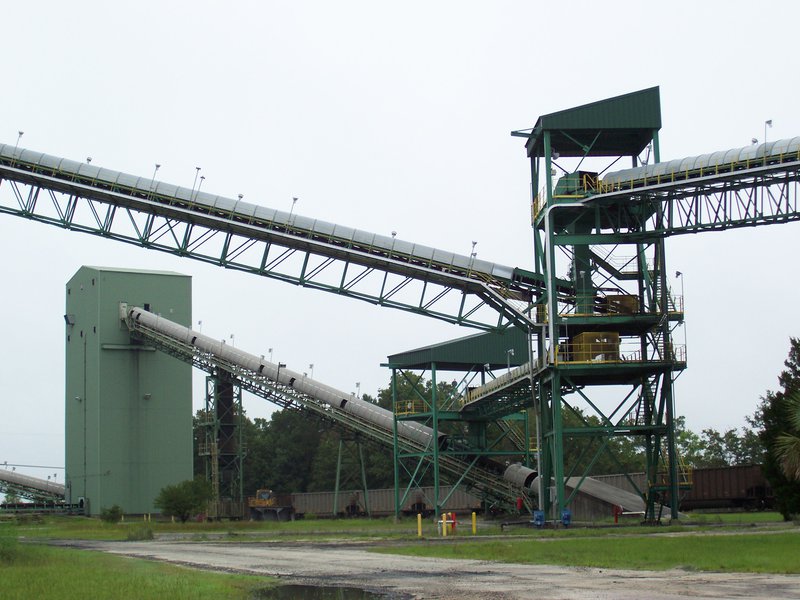 Aluminum pigmented primer or finish for marginally cleaned steel. Provides excellent abrasion-, moisture-, chemical- and corrosion-resistance. Suitable for use as a topcoat where an aluminum [...]

Industry standard for epoxy coatings for over 40 years. Known for its forgiving application characteristics in adverse and varied conditions, and for benchmark performance.