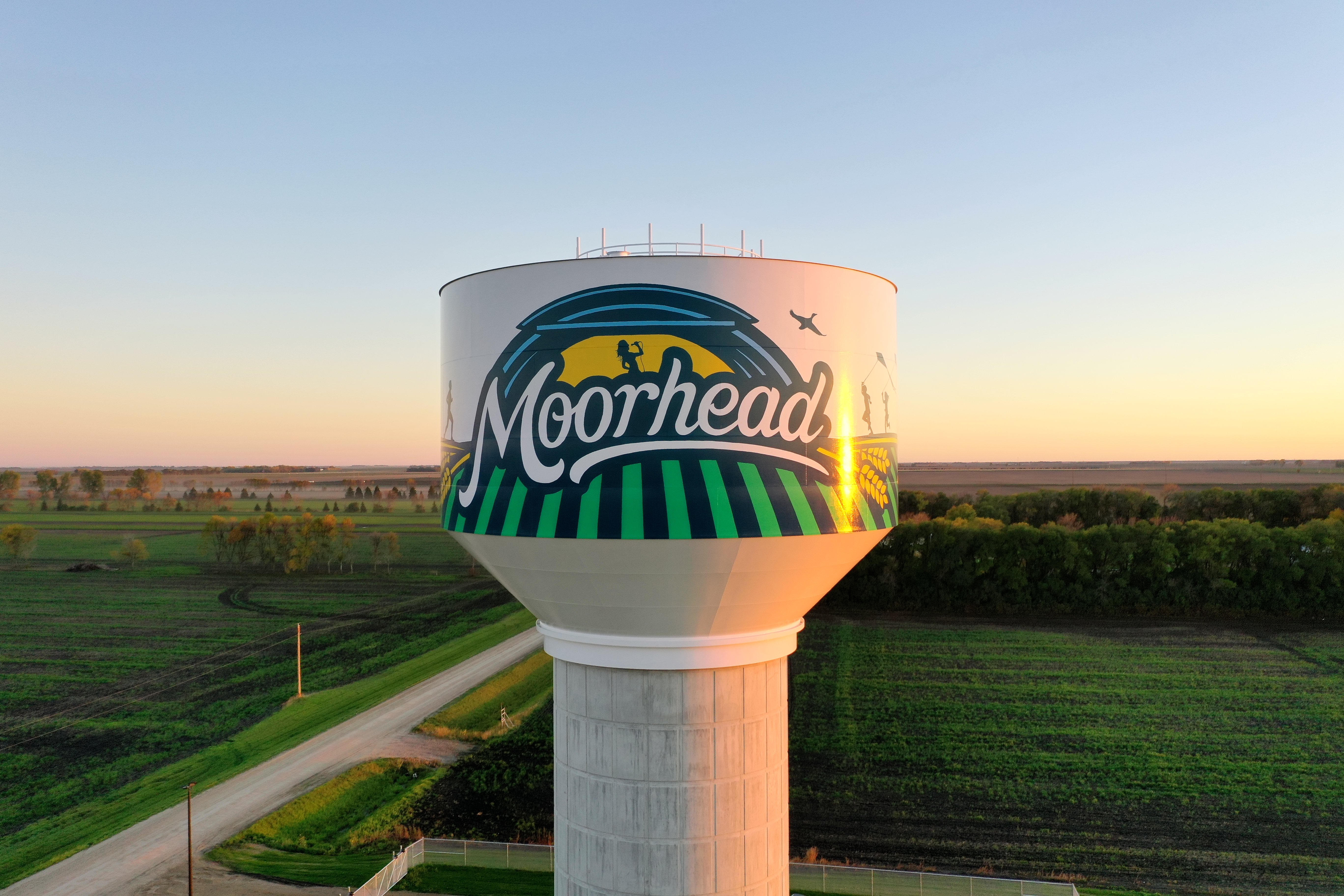 Tank of the Year winner in Moorhead, Minnesota

The annual Tank of the Year competition began in 2007 and has created a life of its own, gaining the reputation as one of the 'biggest events in water tanks.’ Each year, 12 tank finalists are selected and, of those 12, one is chosen to be the ultimate winner.

In 2021, that winner was a municipal tank in Moorhead, Minnesota. The tank was selected by a panel of Tnemec tank enthusiasts based on criteria such as artistic value, significance of the tank to the community and challenges encountered during the project.

“In 2021, we had over 300 nominations for Tank of the Year,” said Scott Keilbey, director of sales – water tank market at Tnemec. “The tanks span the U.S. and Canada and celebrate the various communities in which they are located. This is the 16th year of the competition, and we continue to be impressed with the creativity in the tank designs.”

The Moorhead community has been involved in the tank contest since their first water tank was entered into the competition in 2017. Their most-recent tank project was similar to that one, but with even more emphasis on its design. The project team consisted of engineers from Apex Engineering Group, employees from Moorhead Public Service (MPS), and local artists, along with input from members of the community. 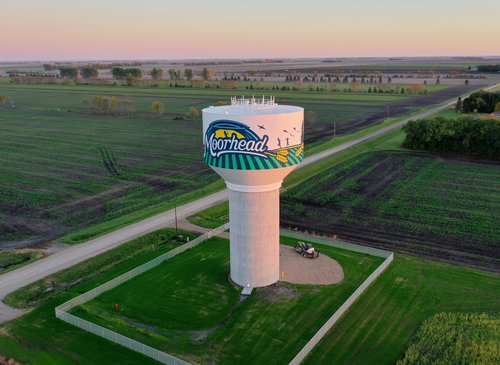 The artwork was designed by local artists who grew up and live in Moorhead. After receiving community input on the design themes, an Art Design Committee consisting of MPS Commissioners, MPS staff, City Council members, City of Moorhead staff and community representatives worked together with the artists in creating the final design.

The final design is an energetic, wrap-around mural encompassing key activities and common scenes within the community where the tank is located. The design was completed by two local Moorhead artists, Stephen Dorsey and Jack Lunde, who were integral in the design process for other water tower projects, too.

“The community interaction and input are the coolest part of this entire project,” said Michael Quamme, design engineer at Apex Engineering Group. “The details on the tank capture the immediate physical community including depictions of the amphitheater and golf course, as well as the more rural locations in the area. They did a great job capturing the community.”

The paint and the process

When it came time to paint, MPS wanted something that would last; they knew Tnemec coatings were the answer. The tank was coated with Tnemec’s UV-resistant, long-lasting fluoropolymer finish, Series 700 HydroFlon. The specified HydroFlon system was specifically designed with water tanks in mind, offering owners the longest service life possible for their assets.

“We were looking for the most robust coating system that would last the longest period of time,” said Marc Pritchard, water plant supervisor for Moorhead Public Service. “HydroFlon caught our eye, not only for its crisp finish, but also its unmatched performance.”

As with any project, there were some obstacles to overcome along the way. With a majority of the project happening during the pandemic, the team was faced with both labor and supply chain challenges.

“The challenges we faced were what everyone was experiencing in construction at the time,” said Pritchard.

“We did everything we could to ensure supplies were on time and teams were prepared, which helped us meet our target date for the project,” added Quamme.

A legacy of tanks in Moorhead 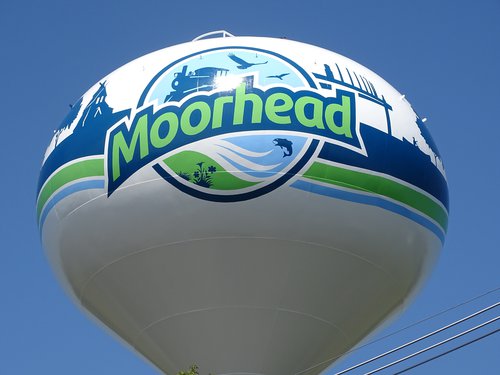 While the pandemic made this project more difficult, the Moorhead team had a lot of experience in water tanks. For those passing through, the tank certainly stands out, but it’s actually not the city’s first foray into creative water tanks and entering the Tank of the Year competition.

“Prior to the winning southside tower, we’d entered a couple other towers into the competition, starting with a rehabbed tank in 2017” said Pritchard. “We had requests from the public to paint a more creative tower, which is when we learned about Tnemec’s Tank of the Year competition. We entered the tower, and while it didn’t win, we took another shot with a second tower in 2018, which made it to the top three.”

The southside tower is now the third unique water tank towering over Moorhead, and sources say it won’t be the last.

Other finalists for Tank of the Year

While there could only be one Tank of the Year, 11 other tanks gave Moorhead a run for their money. The other finalists included Brunswick, Georgia; Rochester, Minnesota; Zephyrhills, Florida; Lincoln, Illinois; Roswell, New Mexico; Oconomowoc, Wisconsin; Elmendorf, Texas; Lino Lakes, Minnesota; Richardson, Texas; Edmonton, Kentucky; and Redmond, Washington.

But Moorhead wasn’t the only Minnesota tank to steal the show. The tank in Rochester, Minn., was voted by the public as the People’s Choice winner with more than 5,000 votes from the more than 17,000 total online votes. Its eye-catching design? An ear of corn.

“This year’s finalists represent several different types of water tanks in various shapes and sizes and are a nod to the history of excellence surrounding Tnemec water tank coatings,” said Keilbey.

Each of the finalists are featured in Tnemec’s 2022 water tank calendar, with Moorhead taking the coveted January spot. For more information on the Tank of the Year contest, or to nominate your tank for this year’s contest, visit tnemec.com/tankoftheyear.

We can help determine your lowest life cycle cost.

Tnemec can provide owners and engineers with tangible evidence of coating service life.

Have questions about your coatings project?

We have just the remedy. Check out our blog for updated coatings articles, videos and podcasts.