When it comes to discussing their local water tower, residents of Rochester, Minn., are all “ears.” The town’s corn-shaped water tank has been a landmark for the area since 1931, but when the tank and the nearby canning plant – originally owned by Reid, Murdoch and Co. cannery and later owned by Seneca Foods – was acquired by Olmsted County in 2019, they decided the tank was too important to remove from the skyline, even though they planned to demolish the food plant that it serviced for so many years. To ensure the tank was protected for as long as possible, the County elected to use Tnemec coating systems, including a “dry-fall” aluminum coating, Series 43-236 Fast Dry Aluminum, on the tank’s legs, and a high-performance fluoropolymer finish coat, Series 700 HydroFlon, to recoat the corn itself. 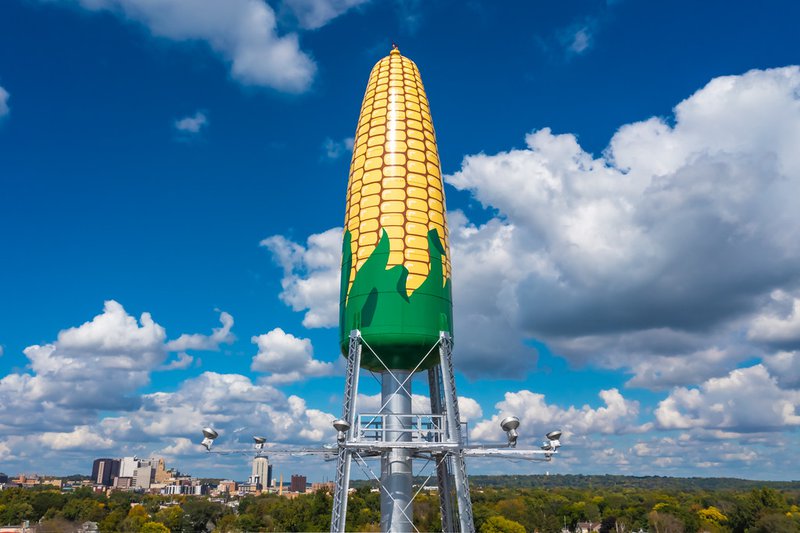